The Dinwiddie County School Board is made up of five elected members serving four-year terms each time elected. The school board supervises the day-to-day operations of the public schools, implements and enforces school laws/policies, cares for and manages the school divisions’ properties, provides for the consolidation of schools, determines the length of the school term, determines the methods of teaching, appoints the division superintendent, and hires, employs, and terminates personnel.

All Dinwiddie School Board meeting dates, information, minutes, and policies are posted on BoardDocs. The School Board meets the second Tuesday of each month at the Pamplin Administration Building unless special arrangements by the Board has been made. We encourage and welcome the public to attend all open session meetings.

Meet our Board Members 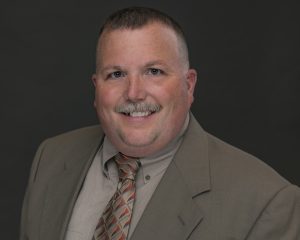 Jerry “Jay” Schnepf is a newly elected School Board official for District 1. He is a native of Dinwiddie County, growing up in the Wilson area before moving to Nottoway as a teenager. He decided to come back to Dinwiddie County to the Darvills/McKenney area to raise his family on land that has been in his family for over 100 years.

He is a graduate of SVCC with an Associate’s Degree in Criminal Justice and has over 20 years in law enforcement. The past 10 years he has served in Dinwiddie County as a Deputy/SRO. In addition to his law enforcement duties, Jay is a hobby farmer who enjoys teaching his children about farming and agriculture. He is very active in the local 4-H and FFA clubs. He believes that the youth are our future and his love and commitment to the county’s youth programs help make our youth stronger which, in turn, helps them to become more knowledgeable and productive citizens.

He and his wife April have two children, Savannah and Drake. Both attend Dinwiddie County Public Schools and are active in the FFA and 4-H. Jay looks forward to working to enhance the safety of our school system for students and staff. 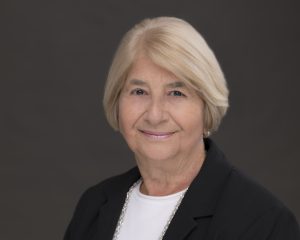 Betty T. Haney was elected to the school board in 2019. She earned her Bachelor of Science Degree in Secondary Education, with a major in Math and a Minor in Science from Old Dominion University. After teaching in Norfolk, Hawaii, Northern Virginia and California, she finished her career in Dinwiddie County. She started teaching at Dinwiddie High School in 1989 and retired in 2005.

Mrs. Haney is married to Mr. William Haney. They have two sons and three wonderful grandchildren. Their youngest son, David, graduated from Dinwiddie high school in 1994.

She is looking forward to working on the School Board and making a difference in our school community.

Barbara T. Pittman began her term on the Dinwiddie County School Board in 2012. She is a retired educator with 38 years of service to Dinwiddie County in the capacity of teaching, coaching, guidance counselor, and administration. She served as Principal of both Dinwiddie Middle School and Dinwiddie High School before retiring in 2010. She also serves as a Board Member to Code R VA and Appomattox Regional Governors School.

Ms. Pittman earned her undergraduate degree at Longwood College, a Masters Degree at Virginia State University, and an administrative endorsement at VCU. She is active in the community by serving on the Chamber of Commerce, the Dinwiddie Christmas Sharing Foundation, The Teen Expo Committee, and the Board of Directors of Carson United Methodist Church.

Barbara Pittman is the mother of a fellow educator and a grandparent to two beautiful girls. She is a strong believer in public education and making sure our graduates are ready for post-secondary education, work or the Armed Forces. 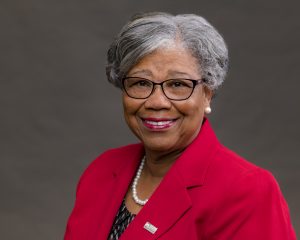 Mary Mabry Benjamin is a native of Dinwiddie County, Virginia, a graduate of Southside High School, Virginia State College (now University) where she received a B.S. Degree in Food and Nutrition, and the University of Phoenix where she received a Master’s Degree in Organizational Management. In 2005, she retired from the Philadelphia School District with 35 years of service.

Prior to being elected to the Dinwiddie County School Board in 2015, Mary served on its Electoral Board.  Her service to the community is further demonstrated through her involvement as a member of the Board of Trustees at the Appomattox Regional Library and a host of other civic and community organizations.

She is an active member of Little Bethel Baptist Church; but most of all, she is the proud mother of two children, Edwin (Dr. Shanna) and Traci, and grandmother to Chloe and Spencer. 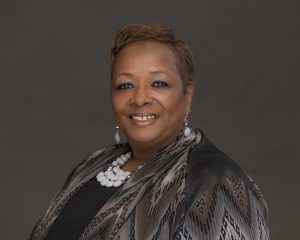 Sherilyn H. Merritt is a graduate of Dinwiddie Senior High School class of 1975. She has a B.S. Degree in Business Administration from Saint Paul’s College, Lawrenceville, Virginia and holds an Associate in Applied Science Degree in Human Services. She has a certificate in Early Childhood Education from Catonsville College, Baltimore, Maryland.

She is employed with the City of Petersburg as a Family Services Supervisor. Prior to an unfortunate car accident, she successfully owned and directed the Town & Country Nursery School for five years.

Because of her successful business ethics, she was inducted twice into Who’s Who among Female Executives. She has been featured in the Progress-Index Newspaper as a successful female entrepreneur. She has received several awards and community recognitions: The Social Worker of the Year Award, Sojourner Truth Award and was a nominee for the Petersburg NAACP Award for her outstanding work in her community.

She is an active member of the Olive Branch Baptist Church, Dinwiddie, Virginia where she is the Assistant Director of the Board of Christian Education, Chair of the Nomination (Human Resource) Committee and the mother of two adult children.

Her motto is: “Don’t Look Down On A Man Unless You Are Picking Him Up”

NOTE: The organizational meeting of the School Board is in January of each year to coincide with election of Board Members.